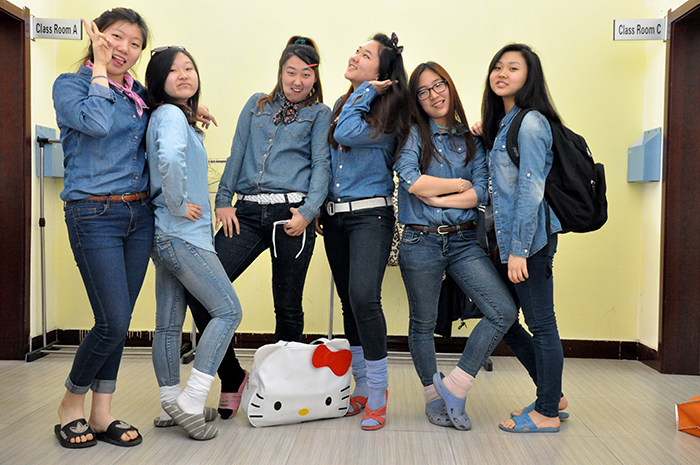 Yanbian International Academy (YIA) is an international private Christian school for K-12 students. YIA provides American curriculum to the children of YUST faculty members and other like-minded workers in the region. The school is well known for its dedicated and professional teachers who bring with them a myriad of experiences, all attributing to how learning takes place in and out of the classroom. YIA students are greatly impacted by the combination of small class sizes and loving teachers.

Starting off similar to a home school in 1997, a group of mothers from YUST began teaching a small group of 25 students in both English and Korean. In the fall of 1998, while some began attending the new neighboring Korean International School, 14 students, 5 full-time teachers, and 10 part-time teachers welcomed Dr. James Wooton as YIA’s first Headmaster. Dr. Wooton secured trained teachers to establish an international school focused on primary education with American pedagogy. He structured the school on a sound educational foundation and grew it to a total of 28 students. Dr. Wooton continued his term as YIA’s headmaster for two years.

Beginning in the fall of 2000, Mr. Lee Nichols took over Dr. Wooton’s position at YIA. Thirty students, four full-time teachers, and 17 part-time teachers comprised YIA at that time. What started out as a one year commitment became a 13 year journey for Mr. Nichols. During his tenure, a construction project was launched to expand the school’s existing facility. This project began at the end of spring semester 2011 and allowed enrollment to increase from 74 to 101 students the following fall. In the fall of 2013, Mr. Scott Kim succeeded Mr. Nichols as Headmaster. Mr. Kim continues to serve in this role today.

For many years, YIA only offered Kindergarten through 8th grade. Between 2009 and 2012, however, it successfully added a complete four year high school program. The school held its first commencement ceremony for graduating seniors on June 21, 2013. Many of its alumni now go on to attend prestigious colleges in America.